Competition, Growing Pains and Crowdfunding with Will Nitze

Ever wondered what crowdfunding is and how it really works in practice? Well, you no longer have to wonder! Today, you’ll get to hear from our guest, who has first-hand success with crowdfunding!

Will is the Founder and CEO of IQBAR, a maker of plant-based protein bars. Will started his company as a crowdfunding campaign, raised $70,000, and is now running a profitable CPG business. The products are sold nationwide in over 4,000 CVS stores, including Amazon, Walmart, and Kroger. Will still has a lot of plans for the future of IQBAR and is hoping to become a leader in brain and body CPG solutions that are cost-effective and affordable.

Even though Will is a thriving young entrepreneur, he doesn’t let his personal life suffer. Instead, he says it’s essential always to align your business path with your lifestyle.

In this episode of the Think Business With Tyler podcast, we chat about the benefits and downsides of crowdfunding. We also get into the challenges of CPG, the growing pains of entrepreneurship, and some valuable business/life lessons.

If you want to hear a success story about a company that started as a crowdfunding campaign, tune into this episode to learn more.

💡 What he does: He is the Founder & CEO of IQBAR, a maker of plant-based protein bars.

💡 Noteworthy: Will started IQBAR as a crowdfunding campaign, raised $70,000, and now the product is sold at 4,000 CVS stores.

💡 Key Quote: “Make sure your personal life is right, or slash compatible with your chosen business path. Because you don’t want to be the guy or gal who is successful in your business endeavors and then everything else is broken because that’s just not sustainable. And even if it was, it’s not desirable.”

💡 Where to find Will: LinkedIn

How does crowdfunding work? Crowding is an excellent alternative for those entrepreneurs who don’t have any starting capital to fund their companies but still want to pursue their ideas. IQBAR was initially a crowdfunding campaign that was able to raise $70,000 and become a successful CPG company. What started as an idea eventually turned into a thriving business – and it was all thanks to crowdfunding. Will says crowdfunding is not rocket science, but it requires extensive promotion. “It’s a weird proposition. You’re basically saying give me money now in six months, I’ll probably give you something. People don’t like that value proposition unless they’re a backer. There’s a certain avatar of a person who likes doing that they’d like being part of they’re the early adopter. And so if you market to those people, you can have a decently high return so but anyway, just how do you drive eyeballs to your page is extraordinarily more difficult on Kickstarter than it is for, let’s say, we just launched a product on our website.”

CPG is a tricky space with a high failure rate which is why it’s still so dominated by large brands. CPG is a competitive space where you often need to think outside the box to stand out from others. With over 4,000 CVS stores across the country, IQBAR dominates the market in plant-based products. But success doesn’t come overnight and Will has had his fair share of challenges along the way. He shares some of the most common difficulties that CPG businesses face. “Endless like all the challenges any business has for sure which is getting money, hiring good people, creating a great product. I had no background and food or food science or manufacturing. All of that I had to learn over years of trial and error. So stuff just going wrong on the manufacturing floor. We’ve had just some total nightmare scenarios. Wrappers didn’t seal, we had to shut down the production line.”

Entrepreneurship is full of growing pains. Whether through investments or crowdfunding, growing a business is never easy. It involves a lot of sleepless nights, bumps on the road, and self-reflection, but if you’re persistent enough, you might just make it as an entrepreneur. Will says it doesn’t get easier; you just get faster. “You pick up your head, and you realize how far you’ve come. At the moment, it never feels like that but I always quote this quote by Greg LeMond cyclist, an American cyclist who won the Tour de France. He said, it never gets easier, you just go faster. So basically, you always feel like it’s just as hard but you don’t realize you’re now moving three times faster than you were six months ago, but it’s still just as hard as it was six months ago. So I think that’s so true. You’ll always take yourself to the max level of stress and challenge, but you’re just so much better than you used to be.”

“Taking care of macronutrients and sources of macronutrients alone is the biggest thing you can do for your brain. But more specifically, if you consume a lot of healthy fats and protein and very few carbs, your brain is going to work better. And so that’s really the brain food quote-unquote.”

“In CPG business to raise money at a decent valuation, you need sales but you need money to produce the product to sell the product to get those sales. And so if you have no money, you have that chicken or egg problem, how do you create sales to get the valuation, right? And so crowdfunding is a great way to do that, to solve the chicken or egg problem because you can get the sales without buying up a ton of inventory because it’s pre-sales. So it’s an incredibly powerful tool in that respect.”

“How do you drive eyeballs to your page is extraordinarily more difficult on Kickstarter than it is for let’s say, we just launched a product on our website. And that was pretty easy. You have an email list, you make a compelling offer out the gate and then you start fulfilling product right away. You can’t do those things. And so it’s just kind of it’s a great mechanism to launch. It’s also kind of a weird mechanism and you have to do things differently.”

“I think honesty and straightforwardness is really the only path in the entrepreneurial world. You don’t have time to talk about your feelings a lot. And you’ll never survive if you’re doing it that way, at least in the CPG world, you have to be really straightforward, give really direct feedback, or else you’re never going to move at the pace you need to succeed”

“In ‘How to get rich’ by Felix Dennis, he talks about how all his friends were getting jobs or banks or whatever, and going out and to the pub and having pints and he could never afford to do that, he had no money because he was starting this newspaper slash magazine company. And at some point, he just had to accept that he’s kind of got to let those friends go temporarily. And you just have to make personal life decisions like that and be willing to do that if you want to succeed. And I think a lot of people aren’t, they can never really give that lifestyle thing up in there and it really hurts them business-wise.”

How to Get Rich by Felix Dennis 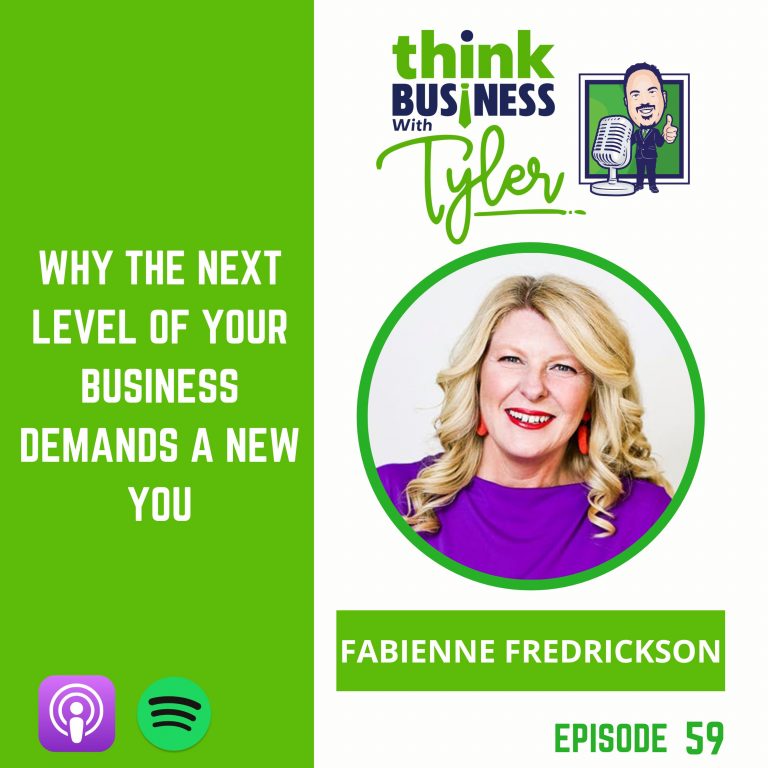 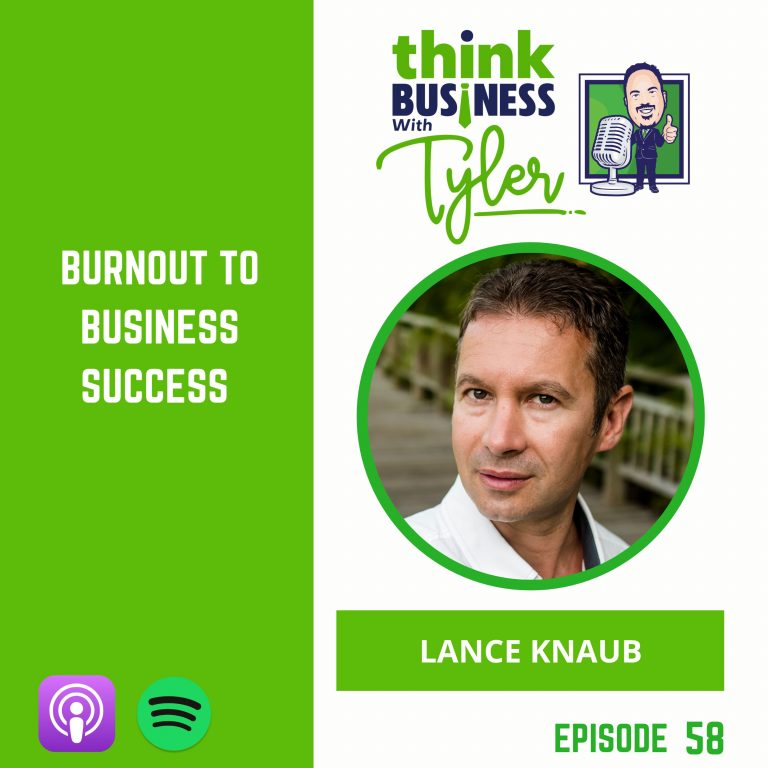 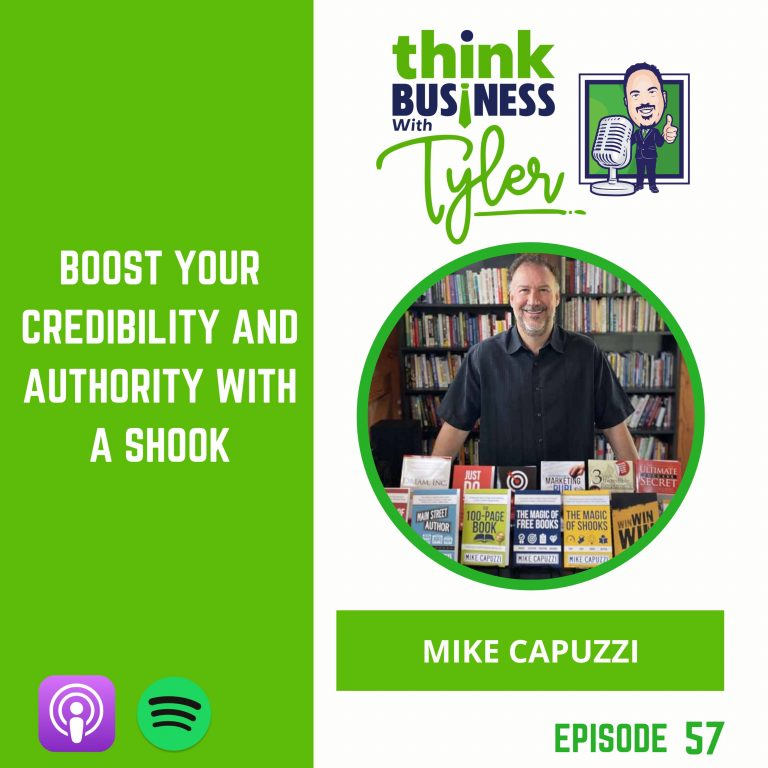 Boost Your Credibility and Authority with a Shook – Mike Capuzzi