Interested in building an 8-figure business? You’re in the right place! Our guest today is an expert in business growth and scale.

Meet Mitch Russo. Mitch is a SaaS Company Founder, Author, Speaker, and Podcaster. He embarked on his entrepreneurial journey back in 1985 when he co-founded Timeslips Corp, which grew to become the largest time tracking Software Company. Then, he went on to join Chet Holmes and Tony Robbins to create Business Breakthroughs, Int’l, serving thousands of businesses a year with coaching, consulting, and training services.

Serving as the President and CEO, Mitch helped grow the company from $5MM to $25MM+ in sales. On top of that, Mitch also published two books: ‘The Invisible Organization,’ which is the CEO’s guide to transitioning a traditional brick and mortar company into a fully virtual organization, and ‘Power Tribes – How Certification Can Explode Your Business’ to help companies create Certification Programs with a soul which he perfected while building his software company.

Today, Mitch is all about helping companies build their own PowerTribe and scale their business dramatically.

In this episode of the Think Business with Tyler podcast, we talk about the importance of testing your business idea, why you should sell your product before you have it, if it is better to buy an existing business or start one from scratch, and how to build remote work culture.

If you want to get more insights into how to grow and scale a business, tune into this episode to find out what Mitch has to say.

💡 What he does: He’s a SaaS Company Founder, Author, Speaker, and Podcaster.

💡 Noteworthy: He joined Chet Holmes and Tony Robbins and created Business Breakthroughs, Int’l, serving thousands of businesses a year with coaching, consulting, and training services. Mitch was the President and CEO.

💡 Where to find Mitch: LinkedIn

Always test your business idea. You can come up with the greatest, most innovative business idea in the world, but you won’t have any chance of success if you’re in the wrong market.

As Mitch points out, the biggest mistake that business owners make is that they fail to test their ideas before coming to market.

Mitch explains, “Don’t be afraid to sell it before you have it. So what we were doing is selling TimeSlips even before we could ship the product because we knew that if we can figure out who would our best buyer be and how can we market to an individual, and I literally mean that individual because we’re talking to people, not masses of marketplaces.

We’re talking to people, so with the attitude of look, we just want to reach you as an individual, find out what your needs are, and if it’s a fit, then we like to show you the software so you could maybe buy it. Well, that played off really, really well in understanding our avatar.”

Should you start your own business from scratch or buy an existing business? This is one of the most frequently asked questions among entrepreneurs. And there’s no simple answer to it. But one thing’s for sure; if you can afford to do a business buyout, you should go for it. It’s certainly more profitable than starting a business from scratch.

Mitch explains, “Buying a business, hands down, is going to be more successful than building one, I’ll be honest, the fact is that if you have the money and you can find a business that is already running and already generating revenue and profits, I’d buy it, try and buy it with their money, try and do a leveraged buyout try and basically put the small downpayment and pay them out from cash flow from that company when you buy it.

Company culture matters, especially in a remote work environment. Go remote or not? That is the question on every CEO’s mind. As much as it seems easier to have everyone around in the office all the time, it’s not always as productive or cost-effective as you might think. But one of the biggest reasons companies fail to adapt to remote work is that there’s no remote work culture.

As Mitch says, you need to build a remote work culture first if you want your business to operate successfully in this new model.

He says, “There are some businesses like Apple that have had issues as it relates to culture. Well, that’s because, I mean, I can’t say for sure, because I don’t work there, but in our programs when if you read my book Power Tribes, I talk a lot about building a culture in advance of creating a network of people that would rule operate remotely.

And that culture is what sustains us as remote workers, and that if that’s in place, and in most cases, remote workers are far more productive, and of course, there’s no water cooler to waste time in front of this. There’s no chit-chat or social issues that are negative, and yet a good CEO can still keep everybody engaged can still keep the morale the morale high, and the connection to the message of the company strong.”

“I think it was a combination of skill and luck, and I think luck played a bigger role than skill, to be honest, because I really never ran a company before, certainly never a company of that size.”

“I started that company with a next-door neighbor and an idea. And we took that idea we both put $5,000 into a bank account, and that became the company. And what we did is we worked really, really, really hard on two things in particular. One was the product. We really perfected the product over time, and two was the marketing.”

“My strategy was very straightforward. It was to sell more product. So when I am the owner of the company, president of the company, CEO of the company, then the company is based on my values. Now, my previous role was in sales, I was selling semiconductors. So I am a sales-oriented CEO. And what I’ve discovered when working now with clients and building strategy is it’s important to understand the nature of the individual before you build a strategy. So for me, it was a very clear picture. I just had to find ways to sell more software.”

“Paid advertising works best when you already have a name. It doesn’t work that well if nobody knows who you are. So we built a name. We built a reputation. We built a following in a specific vertical market. And then we started to use advertising as a way to take advantage of that.”

“You never know, just like in a marriage, you never quite know what your partner is like until the heat gets turned up. And when I said got lucky because this was my next-door neighbor. I chose this guy because he was smart because he was a nice guy. I had no idea going forward if we were going to fit together. And since then, I’ve had partnerships that were horrible. So the odds are, if you could do it yourself, I would suggest you do. If you need a partner, then make sure that partner is someone you could really go the long haul with.”

“You need to make sure that if you’re if you already are running a successful business, and for some reason, you decide that you want to grow much faster than you’re growing, then acquisition does make sense. But you need to make sure that you’re prepared for what could happen. And that may mean that the company you acquire with best intentions and with all the due diligence possible may turn out to be a complete drain on your current business. So you have to be super careful about that. And it’s generally a strategy that is not employed early in the game. It’s usually a later strategy after your business has been fully established and is scaling nicely.”

“There was a landmark study in 2014 by Stanford University called ‘Does working from home work?’ and what they claimed was that in general, people who worked from home were happier, generated a 14% increase in profitability for the company over non-remote workers and had virtually zero attrition.”

Get in touch with Mitch at mitchrusso@gmail.com

Scale Your Business and Exit with Craig West 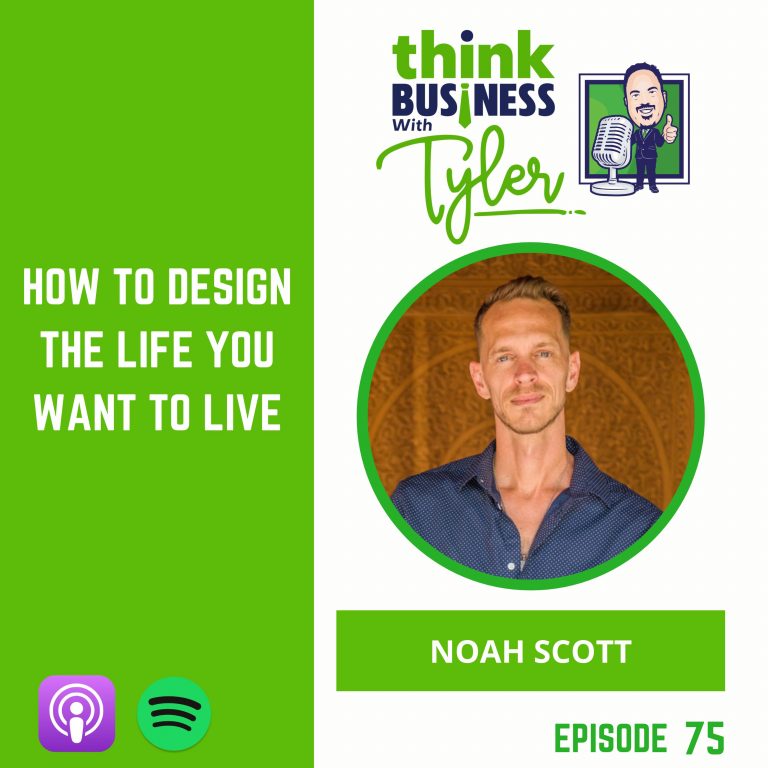 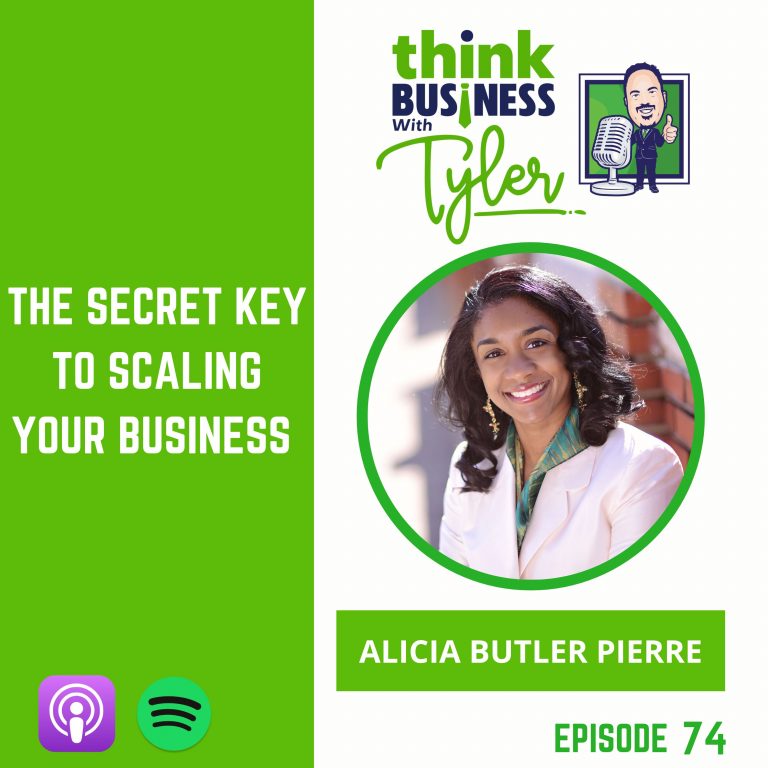 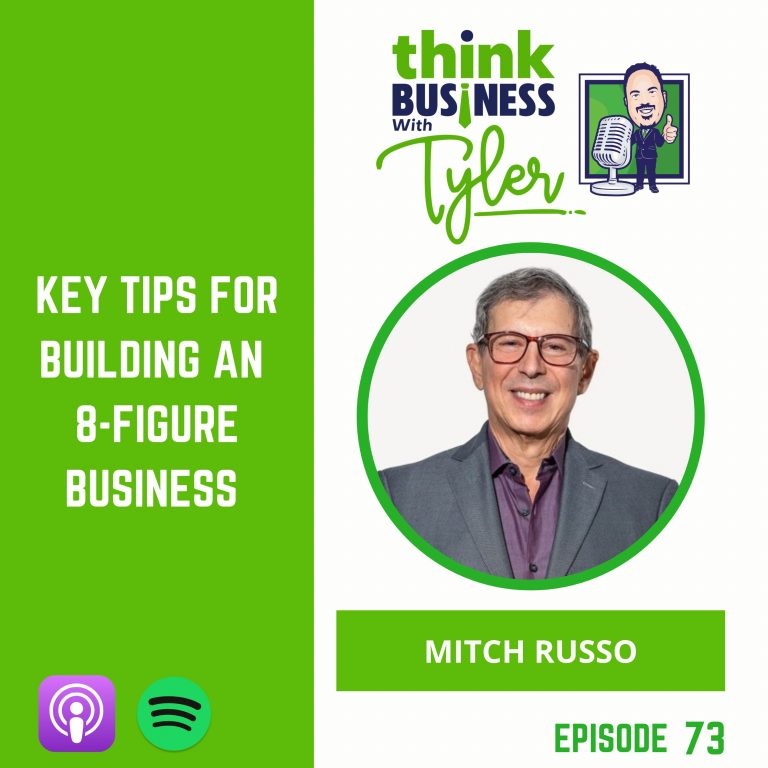